The Story of The House of Sugar Water

One day, a solitary sailor, hailing from Antwerp, dropped anchor at the south coast of an Atlantic island in a natural haven forged by sea and fire, a refuge for vessels, travellers and seabirds. Like the Portuguese navegadores that came to these shores 600 years before, so did he arrive, led off course by a storm, on his descent through the African coastline. Brabo, as he was known, just wanted to rest, to let by the storm that seemed not to be interested in that piece of land, and soon after set bearings to the south.

Besides being a reserved man, a lone wolf of the sea, Brabo craved the stories of the places he visited. After all, it was stories he was chasing for, through all the years sailing around half of the oceans. And certainly because of that, his own story started to change the very morning of his arrival. 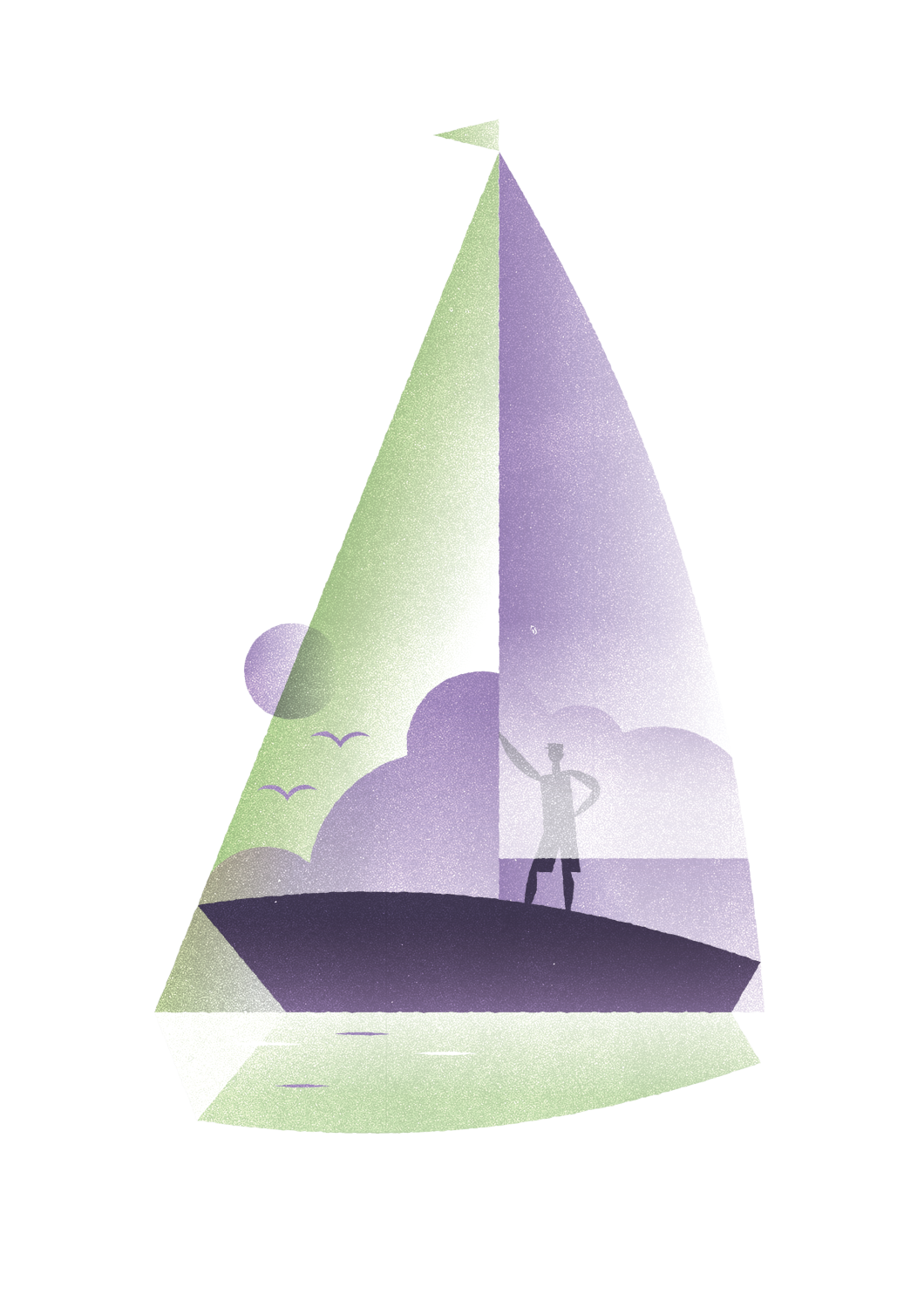 As he came closer to land, a most elegant construction caught his eye – there, between the sharp slopes, in shades of green and volcanic stone, and the ocean, cobalt blue. Laying on high pillars, the building appeared to be hovering the water. Over its entrance, a word intrigued him: SACCHARUM. It sounded like a magic password, another version of “open sesame” to a secret place in the middle of the sea. There was a story there and Brabo wanted to know it.

As he entered the place his first sensation was that he was now in an exclusive, somehow mysterious place. What did those images of canes of green, brown and violet tones mean? What was the meaning of the textured floor and the brownstone columns invoking an industrial age? Entering the wide hall, serenely lit by an imposing metallic chandelier, Brabo arrived at a gallery with a number that also intrigued him - 1425. And from here on, like the invisible thread that lead to this point, the entire story of this place unrolled before him: a story of dense sugar cane plantations, of the hard work of picking, defoliating, cutting and carrying the canes. The extraction, now at the refinery, of the sweet juice (garapa) up to the production of the famous solid sugar.

Saccharum is the Latin  name for the sugar cane, brought to the island, precisely, in 1425. An important date, because it set in motion the production and commerce of sugar and with it brought great development and profit to this land. At his peak, in the 16th century, it was common to see Neapolitans, Basks, Catalans, Turks and Flemings (Brabos’s ancestors), all in search of a rare and expensive product, the one they called “white gold”.

Here, Brabo understood that this reality was no more, but even 5 centuries later, one could still hear – and maybe see – the echoes of this memory. He now craved to visit the places of this story and listen to whoever could tell more of it. 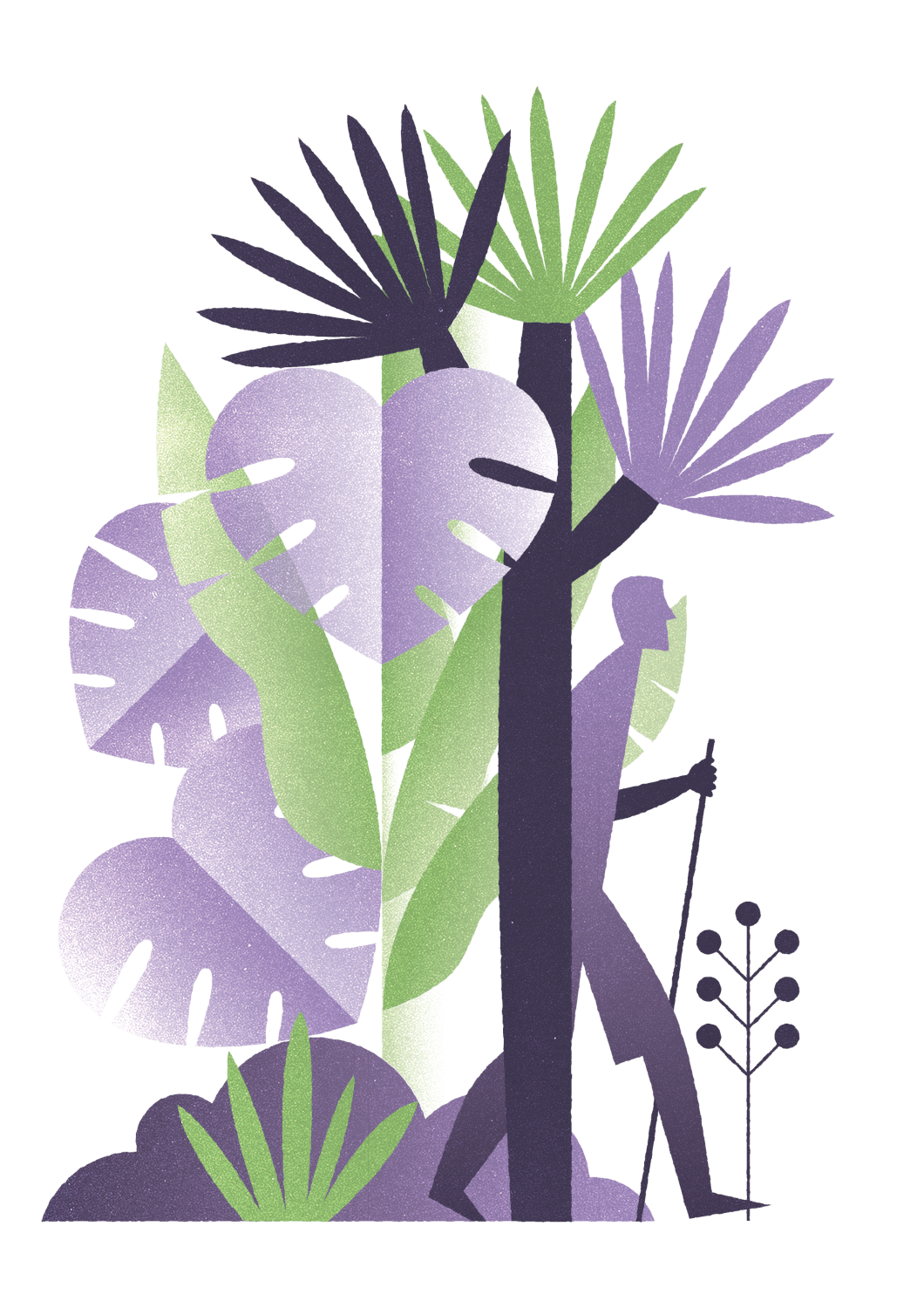 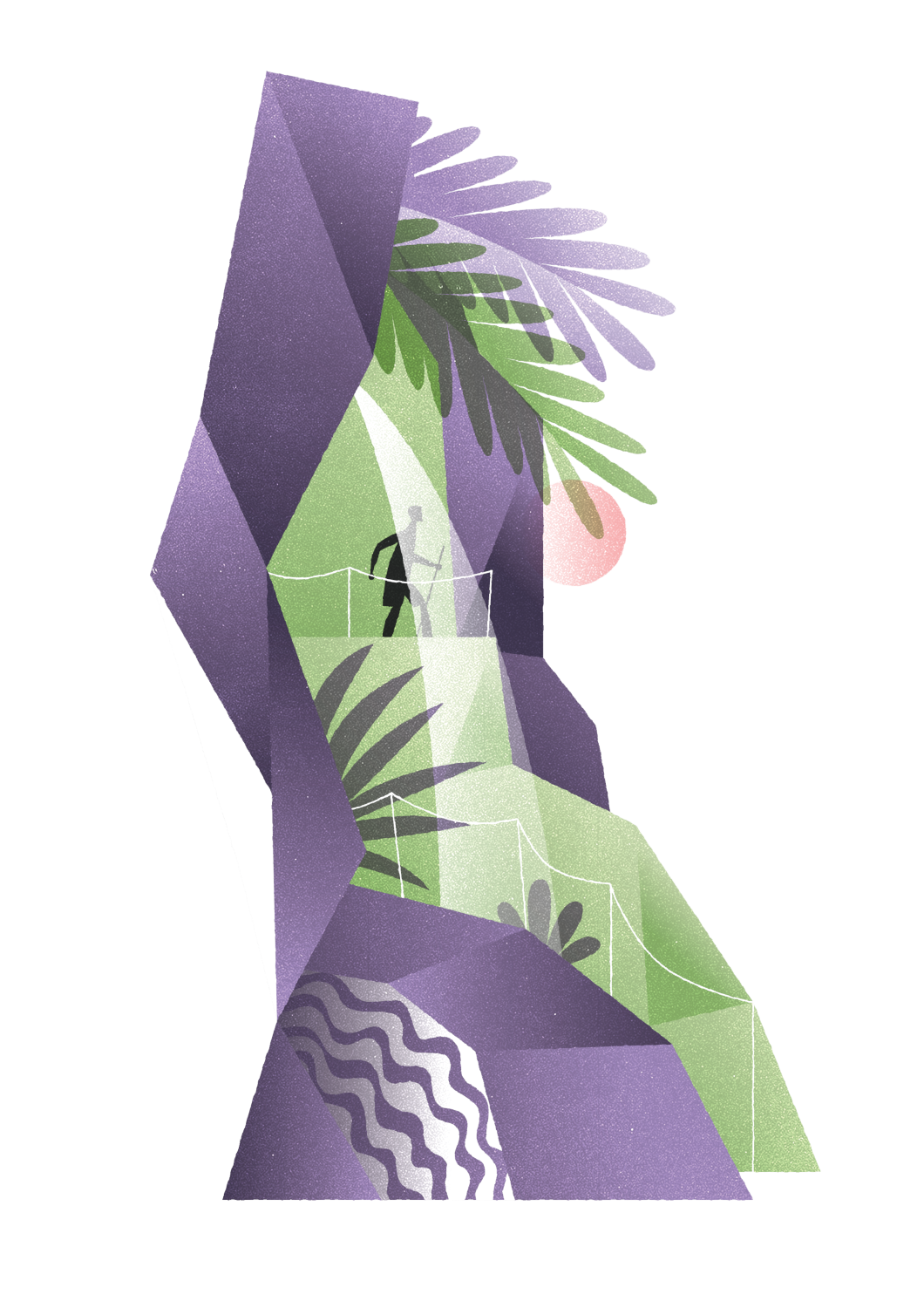 He set on a long walk trailing the steep path drawn by an old watering canal (a levada). Surrounded by acacias, eucalyptus, pine trees and wildflowers he was always accompanied by the sweet murmur of running water in the canal and in the far, the waterfalls added their chime, Brabo walked up to find a valley opening to the sea. On top of this magnificent natural terrace, rose a plantation of sugar cane. He went into the canefield and stayed there for a moment. Surrounded by the long and pointy leafage that covered the sky 3 meters tall, he witnessed the unique combination of colours of these canes, he felt in his hands the texture of their knots. With his sailor knife, he cut one of these plants and tasted the juice pouring from the cane. The moment became magic. This place seemed suspended in time. He could be there now or 600 years ago, standing by his ancestors, stepping on the same ground, touching the same leaves, tasting the same sweetness.

The evening was coming down and Brabo should do the same, heading on to the sea where his boat awaited. On his descend he came across a man that could be his grandfather, sharing the same blue of his eyes and similar features, slightly deepened by time. Seated in a bench in front of a house with a tall chimney, the old man was winding wicker with his strong and calloused hands. The man offered him a glass of rum, a familiarity of someone that had  always been there, waiting for Brabo. He told him that the sugar mill was still working. A place where, with the strength of the waters that come down from the hills, the canes are shredded and turned into garapa, which in turn is boiled in great boilers to reach the sugar point. A point where in a copper still they would make the very same sugar-cane rum they were now drinking. The stories came one after the other and many others would have to wait for another day. Brabo was tired of his travel and his walk. 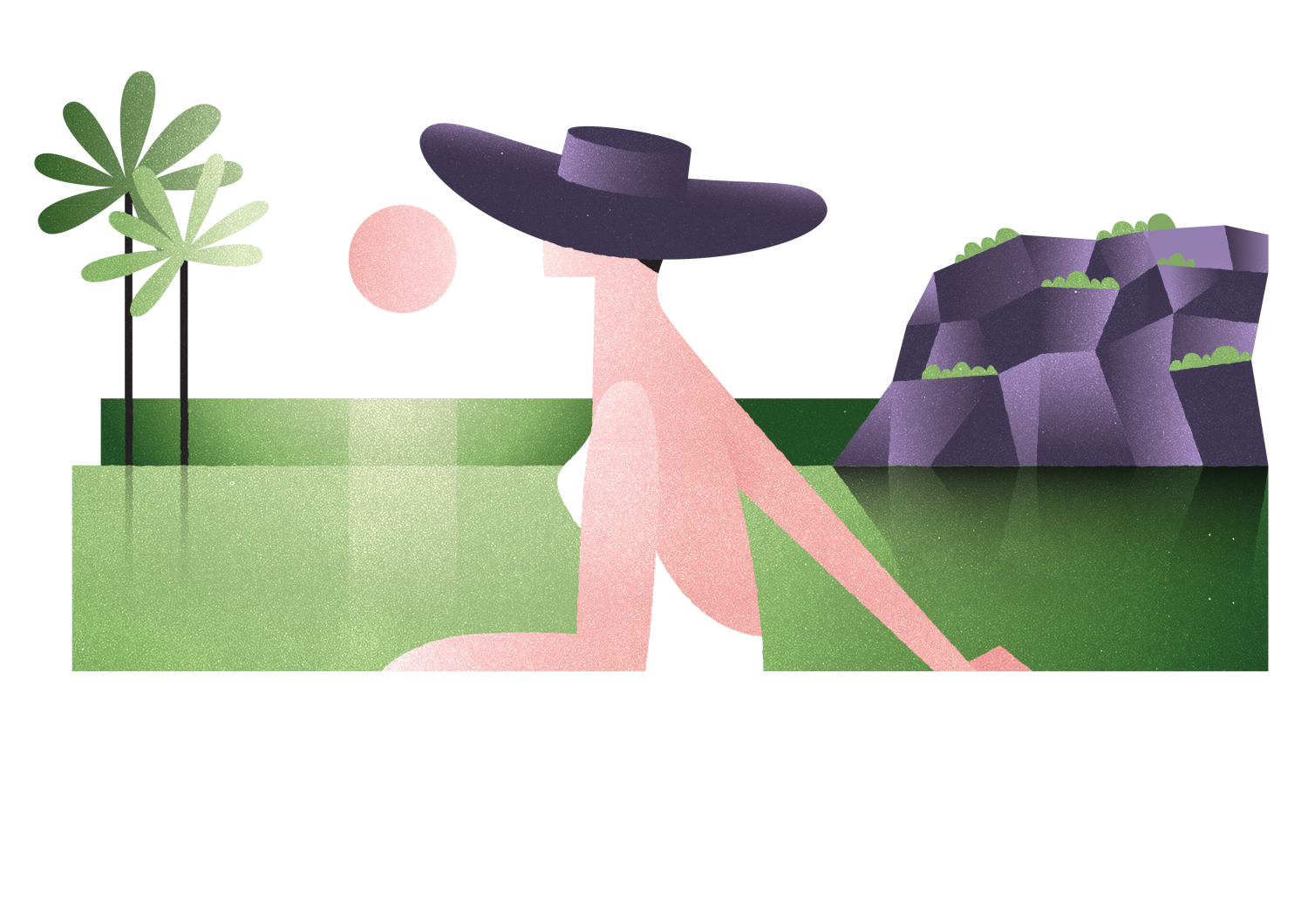 Now closer to the beach, Brabo looked again to the gates of the building and to the word SACCHARUM. The sun fell slowly into the horizon as he decided to go in once again to watch the coming of the night from higher ground. As he reached the top of the building he felt that the well-being that only water can convey did not come exclusively from the ocean in front of him. Water was present all around him. One of these spaces invited him to dive into a swimming pool shimmering with gold, reminiscente of molasses, the liquid that results after the crystallisation of sugar. In another pool, this one outside, he was given the sensation of floating in an endless body of water spreading out to the horizon. 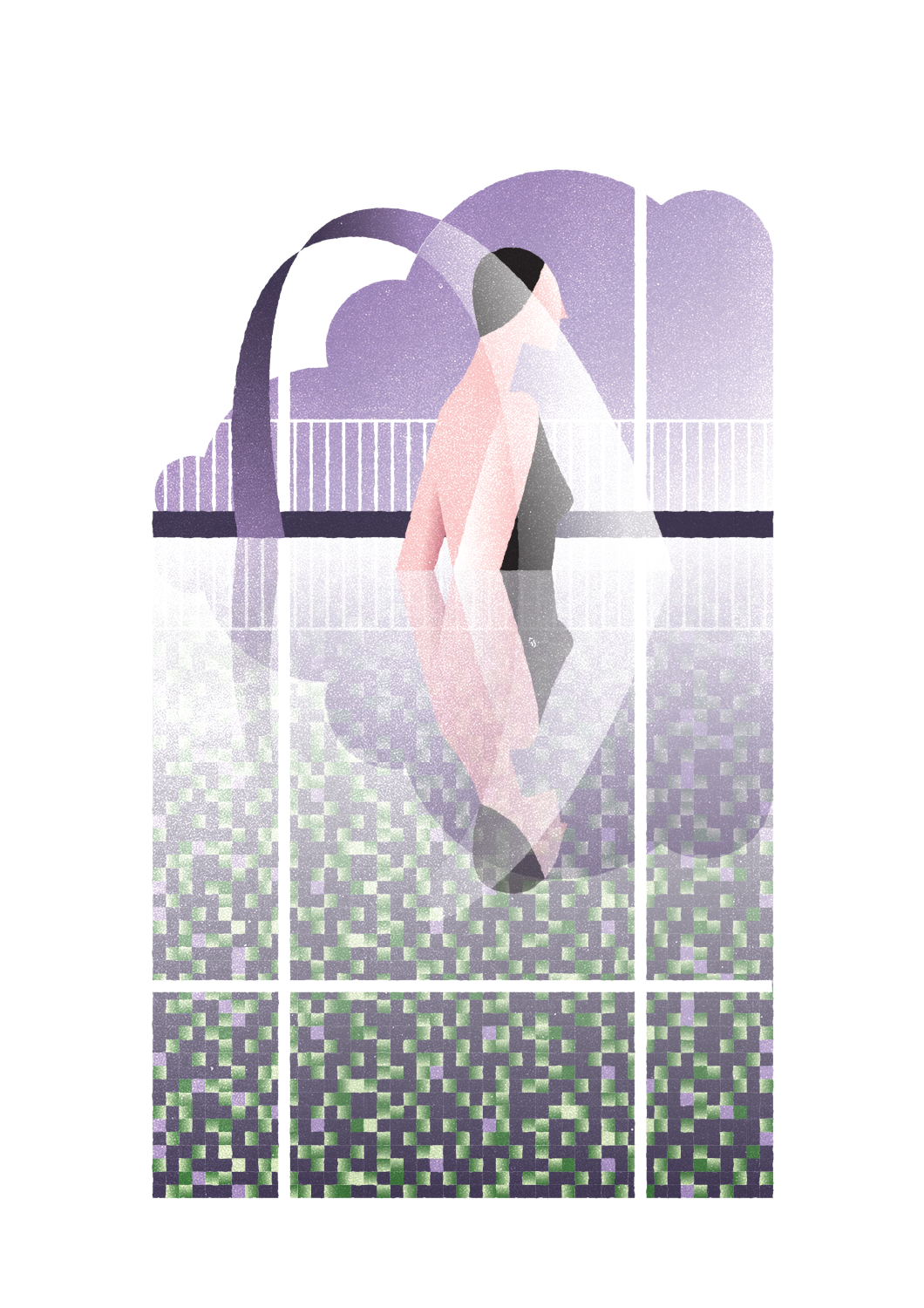 He then went through other areas inspired by the beauty of the sugar cane and the rituals of the mill that transformed it. Rooms where serenity came through the light, the materials, the colours and the way that everything was welcoming and reserved. Hours followed hours, Brabo tasted one of the local delicacies served in the restaurant and was now ready to return to his yacht.

For the later years, the sailor never slept outside of his boat. He was convinced that he was unable to sleep if not alone in his cabin, rocked by the sea. But something had changed on that day. Instead of going down to the shore, he requested a room for the night.

This was the first of many. Since then he started to include this refuge between sea and mountain as a mandatory port in his travels. In his chart, in a small cove in the south of Madeira Island that the locals call Calheta, Brabo wrote: Saccharum, the House of Sugar Water. 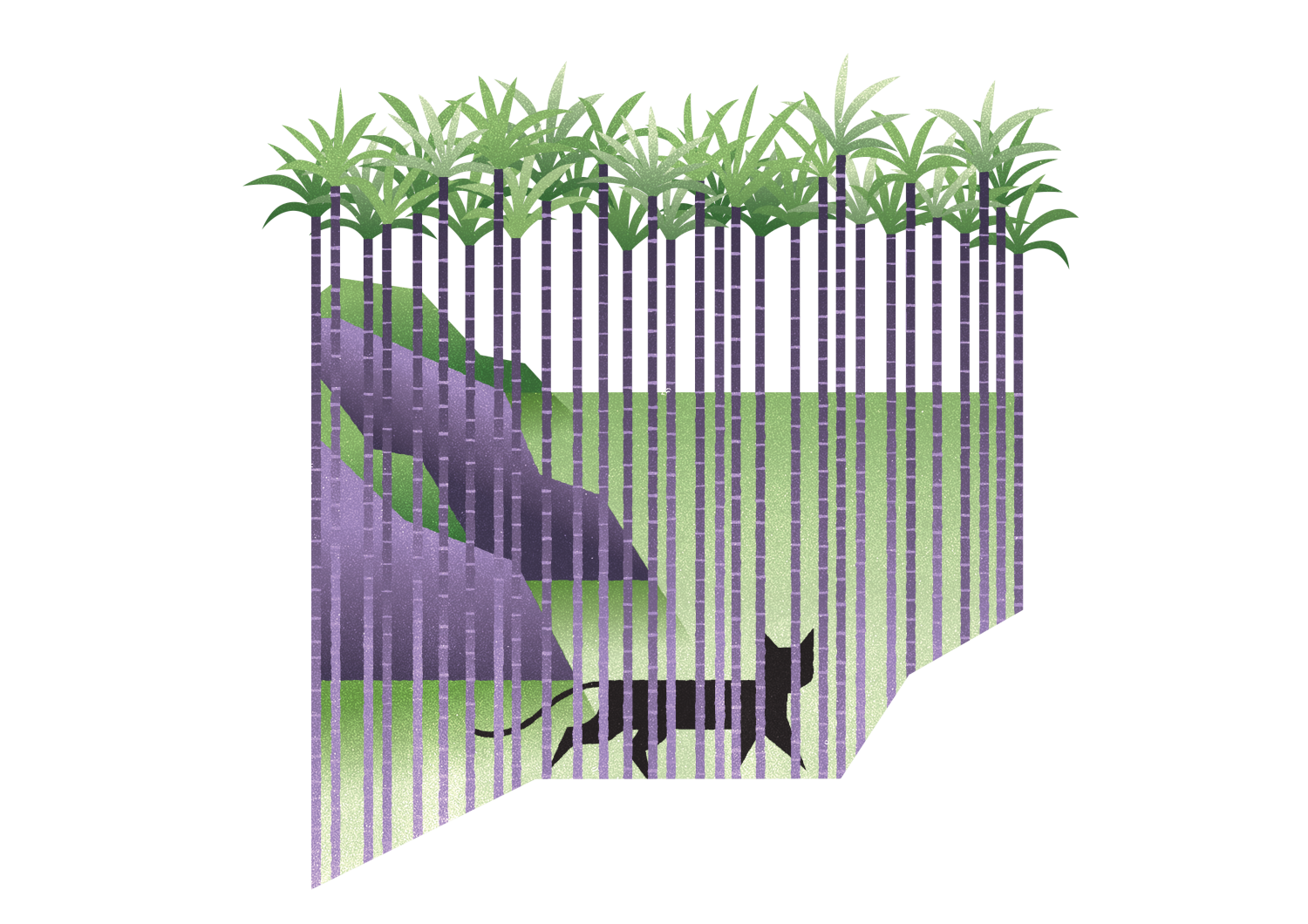 The House of Sugar Water

Overlooking the sea, Savoy Saccharum is a design hotel nested in a small natural shelter on the south western coast of the island in communion with the surrounding nature and Madeira’s ancient traditions. A temple of serenity and natural wellbeing.

To book, or to find out more, please contact